On July 1, Virginia legalized adult possession and use of small amounts of recreational marijuana.

The legislation — more than 280 pages — is complicated.

The General Assembly passed the measure during its first 2021 session, but the Governor chose not to sign it and instead proposed amendments that significantly accelerated the deliberate and staged three-year process for legalization initially chosen by the legislature.  When a Governor proposes major edits to its handiwork, most legislatures don’t like it.  Not this time.  The General Assembly liked the Governor’s aggressiveness.  They passed the law with all his proposed amendments, and, of course, the Governor signed it.

Virginia is now one of 16 states, plus the District of Columbia, to legalize the use of “weed”, but there are limitations.

What does this mean for community associations?  As already expressed, residents will have the right to grow four marijuana plants and to smoke their weed within their own property; however, it will still be illegal to smoke marijuana products in “public view”.  So, the law wouldn’t allow anyone to smoke weed at playgrounds, tot lots, walking paths, or other public places within communities, but, again, it would allow someone to smoke inside their home.

What about smoking pot on one’s own deck, patio, or backyard?  The answer is “it depends”.  Some homes have decks, patios, or backyards that are very viewable by their neighbors.  In those situations, we have learned that some police departments have responded to complaints and issued warnings to smokers to cease smoking their pot or be cited with a violation of law.

In many communities, this news about legalization of smoking marijuana is not welcome.  While there’s growing support for legalized marijuana in the U.S., the irony is that surveys repeatedly show that very, very few people want to live next to a pot-smoker in a condominium or townhome.  The odor gets embedded in interior walls, carpet, draperies, and even woodwork.  Marijuana smoke contains some of the same chemicals and carcinogens as tobacco smoke, according to ThirdHandSmoke.org, a research consortium in California; hence, there is a divide between smokers and non-smokers that can become deep and high-pitched.

Another example of our divide is the work-product of our own very General Assembly.  As they legalized the use of pot, they also empowered Boards to prohibit smoking of all products in condominiums and townhomes if the Board adopts a rule.  Amendment of the Bylaws/Covenants are no longer needed.  If the owners don’t like the Board’s rule, there is a process for the owners to vote on a rescission or modification of the rule.

Those who favor “no-smoking” policies and are concerned about the use of marijuana within their communities are going to like this new power.

But let’s also not kid ourselves.  Passing rules is one thing.  Enforcement is another.

So, when we’re asked to assist Boards in the drafting of policies or rules, we’ll recommend that enforcement will usually be in response to complaints by the members and occupants.

If you have any questions about this topic, please let your community manager know. We will put you in touch with an attorney familiar with drafting rules on this topic. 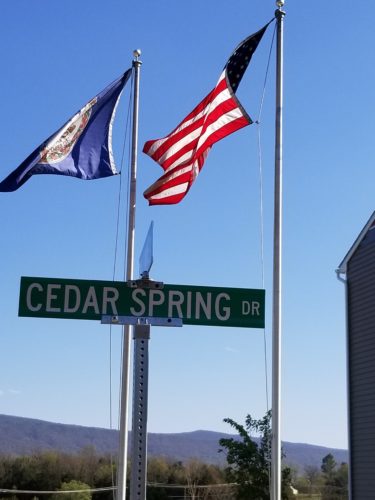